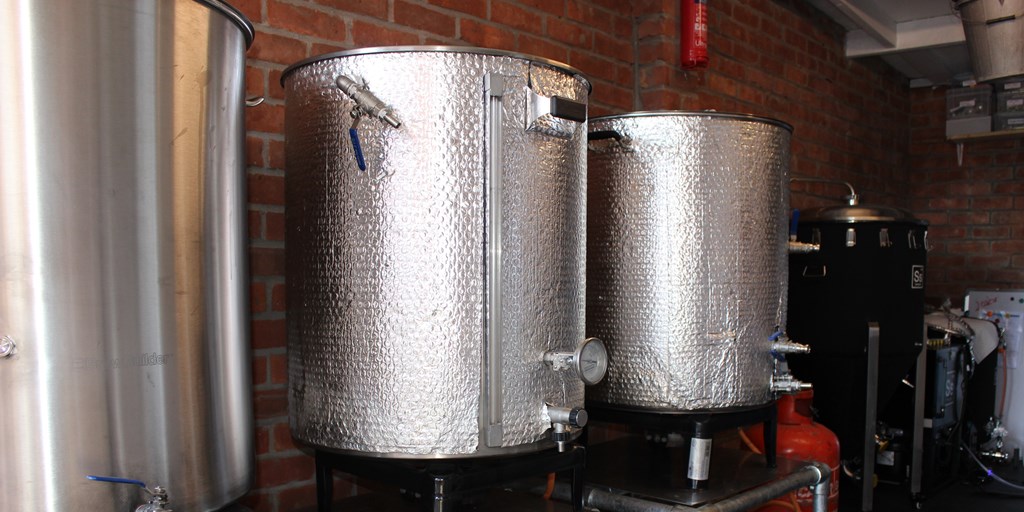 "It might not seem much, winning a local homebrewing competition; but for me it was everything."

I only remember entering, and winning, two competitions. The first was a poetry competition, organised by my school in January 1999.  I have no recollection of what I entered, or if anyone else submitted anything, but I do remember winning tickets to Top of the Pops. Looking back it was actually a star-studded line-up: Whitney Houston, Cher, Blur, Ian Brown…. The Corrs. I remember awkwardly having to dance - sober -  in front of each act, as we were ushered from stage to stage. I also remember trying to squeeze in front of the camera as Kate Thornton counted down the charts with audience members huddled around her. For someone who doesn’t crave the limelight, this was a rather uncharacteristic move.

I had to wait twenty years, until 2019, to win something else. I’d entered two beers into a local homebrewing competition, organised by Reading’s much-loved beer and cheese shop - The Grumpy Goat. My first entry was a sour beer, infused with Nectarines; essentially a kettle sour, although not actually soured in the kettle. The second entry was a mocha stout, conditioned on cacao nibs and coffee beans purchased from a local coffee shop. I wasn’t overly happy with either, most probably  because I was being typically self-deprecating, but I was keen for them to be judged by an expert panel – where I was hoping to get some feedback. Most of the feedback I’d had up until this point was from my parents, who seemed to like every beer I made in equal measure, and always offered ‘it’s nice’ as their kind, but not overly constructive, critique.

On the day I was expecting the winners to be announced I was checking my phone obsessively. It was just before 7pm, and my friends were messaging in our Beer WhatsApp group to see if I’d heard anything. I hadn’t, and so felt it fitting to offer my concession speech; ‘I think I would have heard by now, so I’m assuming I’ve not been placed - but the beers were fun to make, and at least Dave liked them’. Moments after this an image from Twitter was shared in the group, where the results had been announced, placing my Nectarine Sour in first place. 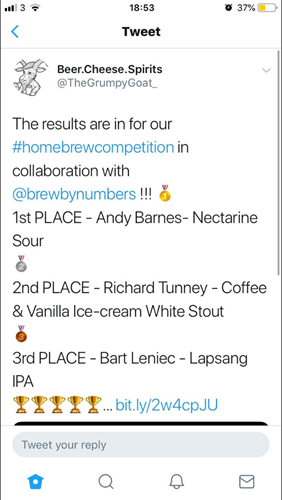 I starred at this image for ages. I was quite literally stunned in amazement. I really couldn’t believe that was my name, and my beer, in that position. I checked Twitter thinking that the image might have been doctored in some way, and when I realised it hadn’t I called my wife, Laura. I was shaking with adrenaline, and I think Laura cried when I told her. After the call I was bouncing around the house in a state of bewilderment. I really didn’t know what to do with myself, so proceeded to march down to the Fisherman’s Cottage (a local pub), where I drank two pints in record time, and messaged friends and family. I think it was only when I went to sleep that night that the smile left my face.

It might not seem much, winning a local homebrewing competition; but for me it was everything. Not only did I win an opportunity to brew at Brew by Numbers – a brewery I really liked and admired - but, more importantly, I won confirmation that I can make a decent beer. The judges represented some of my favourite beery establishments in Reading; the Grumpy Goat, the Nags Head pub, Siren Brewery, and the podcast ‘By the Mash Tun’. It felt like I’d received the endorsement I needed from some of the places I most respected, and I felt ready to turn my homebrewing into something more professional. I don’t think I’ll ever stop being nit-picky, and self-critical, but from this point onwards I was given an invaluable confidence boost.

Over the summer of 2019 we started upgrading our kit. We purchased a one barrel SS Brewtech fermenter and brite tank, as well a glycol chiller and temperature regulation system. Followed by larger versions of our kettle, hot liquor tank and mash vessel. We’d already decided on a brewery name, this was something we’d pontificated over for years. After ruling in, and then ruling out, name after name, we finally settled on the obvious – Dolphin Brewery – after Laura’s surname.

Buying the equipment and choosing the name was the easy bit; since then we’ve had to grapple with the various rules, regulations, and requirements of becoming a legally registered brewery. I feel like I’ve spent most of 2020 so far writing business plans, standard operating procedures, and policies. Mostly to ensure readiness for visits from HMRC and the local Environmental Health office, which I foresaw as being much more troublesome than they have proved to be in practice. Mike and Luci from Double Barrelled kindly gave up some of their time to help us prepare for our inspections. Being able to get advice from those who have been through the same process was brilliant, and it certainly helped to ease my apprehensions. It’s amazing to see where Double Barrelled are now; from starting their business in a garage, to owning one of the best tap rooms in the country. They are a constant source of drive and inspiration for me.

I’ve been truly humbled by the willingness of others to offer help, advice, and kind words of support. Not just from friends and family, who have been wonderfully supportive, but also from people I’ve never met before. I had some really great advice from Margi at Moog Brew on licensing, it was thorough, detailed, and invaluable, and ended with “above all, don't be deterred - you can do this”; which was really encouraging, and exactly the motivation I needed on this particular day. Incidentally, Moog Brew looks like a really cool place, and somewhere I definitely plan to visit when we’re allowed to visit nice places again.

I’ve decided to spare you most of the detail on forms and paperwork. But, if anyone is interested in knowing more about the more formal process of turning a garage into a registered brewery, feel free to get in touch – I’d be more than willing to reciprocate the help I’ve received.

I’m writing this at the end of May 2020 – we are hoping to start selling beer next month. Our plans were to start selling earlier in the year, but with coronavirus and lockdown - it just wasn’t possible. Plus it didn’t seem appropriate to try and launch a new business when lots of other businesses were struggling, even though we are going to be fairly small and inconsequential. I’m still not one hundred percent sure it’s appropriate, or the right time, now. But we have been working on this project for what seems like forever, and it would be incredibly sad to give up on it now.

The garage still looks like a garage, and for all intense and purposes it is. But we now have most of the equipment that you’d find in a  bigger brewery – just on a much smaller scale. 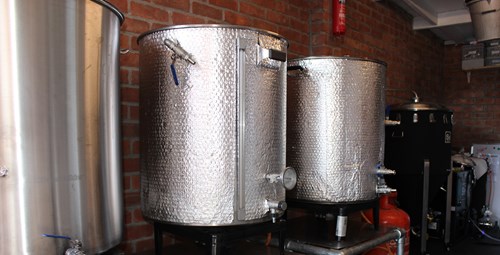 The garage can’t get any bigger, so our capacity is limited; but we expect to be able to produce one, maybe two, different beers each month. For now, we we will be bottling all the beer we make. Everything is very manual, and labour intensive, and quite frankly not overly profitable. But we are motivated by a love of beer, of craftsmanship, and a desire to become a local brand that gets the pleasure of watching other people enjoy our products. We’re hoping to start selling at Reading Farmers Market in the not too distant future, so look out for news on that… and please come and say hello! If you do try our beers, let us know what you think - all thoughts, feedback, and recommendations welcome.

I love the Reading beer scene; it’s exciting, and compelling, and full of passionate people making, serving, drinking, and championing excellent beer. Reading has some of the best pubs in the country, fantastic local breweries, wonderful tap rooms, and two top-class beer festivals in Craft Theory and the CAMRA Beer and Cider festival. I have a large collection of beer festival glasses that shows how much I love both of these. Having grown up in Reading, and having admired so much about the Reading beer scene as a punter, I’m humbled, anxious, and excited, in equal measure, about trying to play my part in it. I really hope that there’s a small space for us. And I really hope that everything I love about drinking beer in Reading survives the current crisis – I’ll certainly be doing whatever I can to help, whenever and wherever that’s possible.

ALL POSTS
WISHING YOU A HAPPY CHRISTMAS AND NEW YEAR